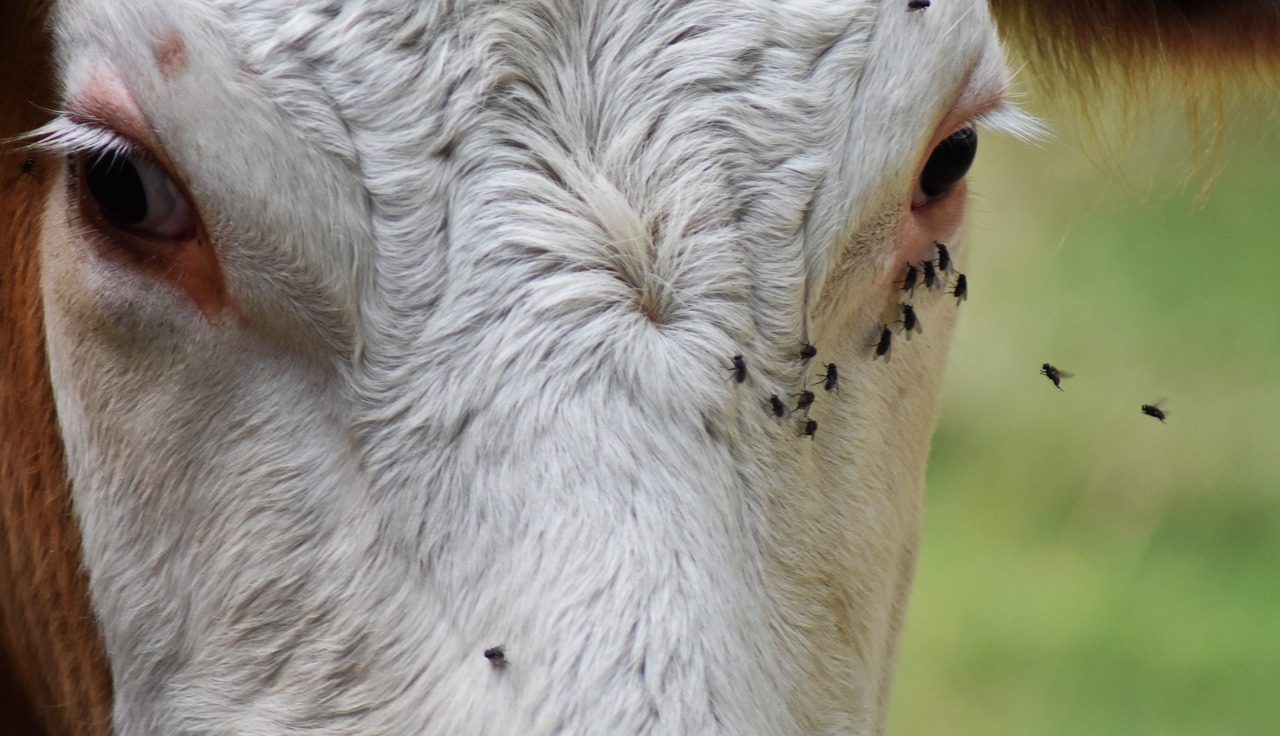 As temperatures reach 7°C and over, the fly lifecycle begins. They are particularly efficient breeders, with females being capable of laying a thousand eggs a week! The population booms during the summer months as a result and within one season, as many as 15 generations of flies can occur.

There are several species of fly affecting cattle and sheep in the UK. Direct effects include:

In addition, flies are implicated in a variety of serious diseases. They can transmit New Forest eye in cattle and sheep and summer mastitis in cattle. Both conditions require veterinary treatment; summer mastitis will result in the loss of affected quarters, and in severe cases it can cause death. Blowfly strike in sheep is a serious welfare concern, and causes significant production losses and sometimes the death of affected animals.

The consequences for your herd or flock resulting from an uncontrolled fly population should not be underestimated. It is vital to get the fly population under control early in the season, before it gets out of control.